Ladakh is a high altitude mountainous region bounded by the Karakoram Range from the north and the Great Himalayas in the south. Often described as ‘Moonland' on account of the unique lunar landscape, Ladakh abounds in awesome physical features set in an enormous and spectacular environment. For close to a millennium, the region was an independent mountain kingdom of strategic importance. Leh, the royal capital, was a major crossroads of Asia and a stopping point on the ancient migration routes of the trans-Himalayas, connecting Central Asia with the Indian sub-continent. From here, the old caravan routes led westward through Kashmir to the Silk roads, northward across the Karakorum Pass to Central Asia, eastward across the Chang-thang highlands to Tibet and China, and southward through present-day Himachal Pradesh to the plains of India.

Many migrants have traveled through Ladakh, some settling on the way, giving a distinctive characteristic to its population - from the west, early Dard settlers and later-day invaders from Baltistan; from the east, Tibetan settlers, invaders and rulers; from the north, traders from Yarkand; and much later, Dogra conquerors from Jammu in the south. 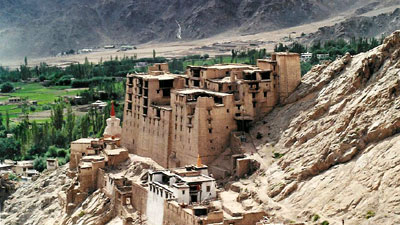 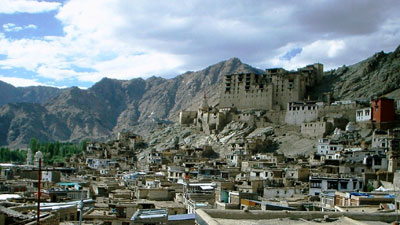 The people who settled here established Ladakh's centuries-old religious and cultural heritage: the shamanistic Bon-po with roots across the Tien Shen to Southern Siberia's Attai mountains, and later, Buddhists from Kashmir some five centuries before Buddhism reached Tibet. The 16th century saw the introduction of Islam to the region and 19th century Moravian missionaries brought Christianity in the region.

For centuries, Silk Road caravans and devoted pilgrims passed through this crossroads, endowing the region with a convergence of religious and artistic traditions, which find expression in the many monuments & Buddhist monasteries that dot the landscape. The fairs and festivals, cultural traditions and lifestyle of the people also reflect this convergence of myriad influences. Shielded by the high mountain ramparts, Ladakh remains an unspoiled enclave of Tibetan Buddhism to date.

At some stage in its history, Ladakh became recognized as the best trade route between India and Central Asia. On this long route, Leh was the midway stop, and developed into a bustling entrepot, its bazaars thronging with merchants from distant countries. In 1834 AD, Gulab Singh, the ruler of Jammu sent his general Zorawar Singh to invade and gain control of this strategic region in the heart of Asia. As a result of his conquest, Ladakh, together with neighbouring Baltistan, was incorporated into the newly created State of Jammu & Kashmir. Just over a century later, the partition of India saw Baltistan becoming part of Pakistan, while Ladakh remained in India as part of the State of Jammu & Kashmir.

Ladakh has a fragile eco-system which sustains, besides the sparse population, some rare fauna and flora which are especially adapted to the peculiar environment. This is aptly described in the document brought out by the WWF (India) under the title "Saving a prized gift" which reads as under:

"For long years, the region had remained relatively isolated and untouched by developments in the world beyond. A unique genetic pool has evolved in the region, specially adapted to the harsh environment. The Indian Wildlife (Protection) Act, 1972 recognizes most of the species found in the region as endangered."

And far too many to mention by name are the more than 500 wild medicinal plants - many rare species - used by traditional Ladakhi and Tibetan medical practitioners (Amchi) and in demand by today's pharmaceutical companies.

The Ladakh environment deservers your special care and consideration so that this fragile eco-system is not disturbed to the disadvantage of its unique and endangered wild-life. The following steps are especially recommended to be followed in this regard: